Miya Ponsetto was arrested Thursday during a traffic stop in which she had to be forcibly removed from her car in Piru, located in Ventura County, nearly 3,000 miles from the lobby of the boutique Manhattan hotel where the physical confrontation occurred, authorities said.

She was arrested on a “fugitive warrant in connection with a recent assault at a New York City hotel,” the Ventura County Sheriff’s Office said in a news release. She was being held without bail at the Pre-Trial Detention Facility in Ventura, the sheriff’s office said.

Detectives from the NYPD were present to help coordinate the arrest, according to the sheriff’s office.

Ponsetto was picked up during a traffic stop near her home.

“She did not stop for deputies until she reached her residence, and she refused to get out of the car. Deputies forcibly removed her from the vehicle and arrested her for the outstanding warrant,” according to the news release.

Ponsetto will remain in custody pending an extradition hearing, according to the news release.

Her attorney did not immediately respond to The New York Times for comment following the arrest. CNN is reaching out to the attorney, Sharen H. Ghatan.

Ghatan had told the Times prior to her client’s arrest that Ponsetto was not targeting the jazz musician’s son because of his race. The attorney added that her client is of Puerto Rican and Vietnamese descent and does not identify as White. Ghatan said her client was “not trying to make any racial statement.”

The NYPD had identified Ponsetto as White but also said that they were not investigating the incident as a case of racial bias.

What happened in New York City

The alleged assault happened last month at the Arlo SoHo boutique hotel, where trumpeter Keyon Harrold and his son were guests.

Harrold posted a video taken with his phone that shows the woman making claims against his son.

In the video, when Harrold and his son attempt to leave, the woman approaches them, saying, “I’m not letting him walk away with my phone.” The video then shows her on the floor, but it’s unclear how she landed there. She approaches them again and the teen’s father ​is heard shouting for her to get ​her hands off before the video cuts out.

In his Instagram post, Harrold said the woman scratched him and grabbed his son. He told NBC that after the video cut off, the woman, “tackled my son, you know, trying to reach in his pockets, reach in my pockets.”

Harrold suffered slight injuries, but his son was not injured, the New York Police Department said.

CNN spoke to Ponsetto last week on the telephone.

She claimed she was assaulted during the altercation. CNN hasn’t been able to corroborate her account with investigators or with the hotel where the incident took place. She disputed Harrold’s account of what happened.

When asked whether she’s concerned about possibly facing charges and overall how she is portrayed in the video, she said, “Of course I worry. That’s not who I am. I actually … try very hard to make sure that I am always doing the right thing.” 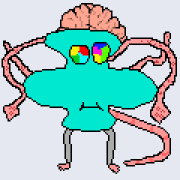 'Pretend It's a City' review: Martin Scorsese takes a long, long look at Fran Lebowitz in this Netflix docuseries

Trump's desperate attempt to save his imploding presidency